Welcome to the Decade of Action: As we enter into 2020, allow me to share with you some reflections about my fears, hopes and great expectations for an important year — at the threshold of a critically important new decade that UN Secretary-General António Guterres has named the “Decade of Action.

I fear that we are running out of time: At the startline for the Decade of Action, the world is falling badly behind in the race to avert the climate crisis. 2019 was the hottest year on record, concluding the hottest decade on record. And the trend is set to continue. In November 2019, 11,000 climate scientists sounded the alarm, saying the Earth is “clearly and unequivocally” facing a climate emergency and warning that we are running out of time to reverse the trend.

We are all impacted by climate change. Heatwaves, wildfires, storms, droughts, floods and rising sea levels are threatening the livelihoods and safety of billions of people. For some, survival relies on global leadership and action NOW. In May 2019, the UN Secretary-General visited Tuvalu, a country that, together with other island countries in the Pacific Ocean, faces sea-level rise four times greater than the global average. And yet, despite hard scientific data and living proof, we all left disappointed from COP 25 in Madrid and its urgent call to Governments to transition away from dependence on fossil fuels. In fact, rather than falling, CO2 emissions continue to rise.

With the adoption of the 2030 Agenda for Sustainable Development in 2015, 193 UN Member States pledged to leave no one behind. But the reality is that five years in, inequalities are rising between rich and poor, men and women, young and old, North and South. And our failure to stop climate change will leave those most vulnerable even further behind. This concern was also voiced in our 2019 CEO Study, conducted together with Accenture, where 88 per cent of CEOs said we need to refocus our global economic systems to become more inclusive.

I put my hope in the next generation and business leadership: 2019 also became the year where the world woke up to the climate emergency. Armed with scientific facts, activist Greta Thunberg spurred millions of people to demand climate action from the world’s leaders. Young people took to the streets every Friday, growing in numbers by the week. Their concerns are legitimate and their voices much needed in the debate that is essentially about their future.

In fact, according to an Amnesty International poll of 10,000 young people aged 18–25 from six continents, they are most concerned about climate change (41 per cent). They have no patience for declarations that are not followed through by bold and transformational action. As students and future employees, entrepreneurs, consumers, investors and voters, they are set to change the world.

At the UN Global Compact, we have also decided to capture the energy, imagination and impatience of young professionals working within our participating companies. We launched an accelerator programme for “Young SDG Innovators,” activating future business leaders and changemakers to develop and drive innovative solutions and business models to deliver on their company’s sustainability objectives. In the spirit of giving young people a seat at the table, in September 2019 at our Leaders Summit, we also celebrated 15 young SDG Pioneers, who through their work embody a new era for sustainable business leadership. These are the examples from the next generation that fill me with hope.

2019 was also the year where business leaders stepped up to the plate and took a visible stand for a 1.5°C future because it is our only future. By December at COP 25, 177 companies had committed to set highly ambitious emissions reduction targets aligned with a 1.5°C future. Collectively these companies represent over 5.8 million employees, spanning 36 sectors and with headquarters in 36 countries. With a combined market capitalization of over US$ 2.8 trillion, and representing annual direct emissions equivalent to the annual total CO2 emissions of France, their commitments offer a real tipping point. I am confident that we are just witnessing that the beginning of a new carbon neutral economy.

I have great expectations for a year of unity: 2020 marks the beginning of the “Decade of Action.” A decade of opportunity to deliver the bold vision set out by the 2030 Agenda for Sustainable Development — to create a better future for all on a healthy planet.

2020 marks the 75th Anniversary of the United Nations. Built on the cinders of two World Wars and unimaginable crimes against humanity, the United Nations was formed on the understanding that nations must work together in unity towards common ends and in the service of humanity. In the coming decade, we will all be defined by how we unite to tackle the world’s challenges across all that we do — as individuals and through the public and private leadership platforms that we have been entrusted.

2020 also marks the 20 years of the UN Global Compact uniting business for a better world. As we launch into the Decade of Action to deliver the Sustainable Development Goals, what better moment to celebrate the vision of our founder, the late UN Secretary-General Kofi Annan. In 2000, he had the foresight to initiate “a global compact of shared values and principles” between the United Nations and business “to give a human face to the global market.

His vision will shine a light as we bring more than 1,500 leaders together from across the world for our 2020 Leaders Summit in New York on 15–16 June. Together, we will reimagine, reset and redefine ambition, leadership and action to deliver the world we want.

I invite you to join me at our Leaders Summit which is where I will pass the baton to next CEO of the UN Global Compact. It has been my honour and pleasure to lead the initiative for the past five years.

So let’s make 2020 the year when we make good on our promises to employees, to families, to communities, to stakeholders, and not least to the younger generation to embrace the Sustainable Development Goals — always guided by our Ten Principles. 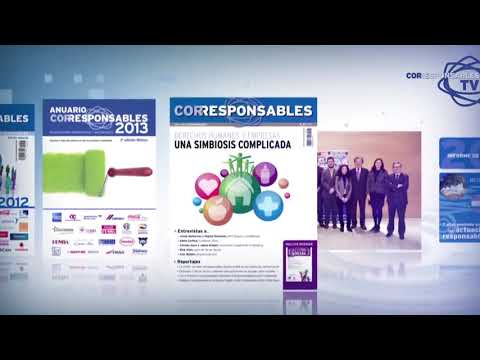